CYBERJAYA, Malaysia, June 28, 2021 /PRNewswire/ -- Futurise today released the Futurise Regulatory Summary for Stakeholders (FiRST) as its inaugural Impact Report (2018-2020), which highlights the company's key role in leading the National Regulatory Sandbox (NRS) and as a Public Policy Advisor for industry and government in shaping the Future Economy. 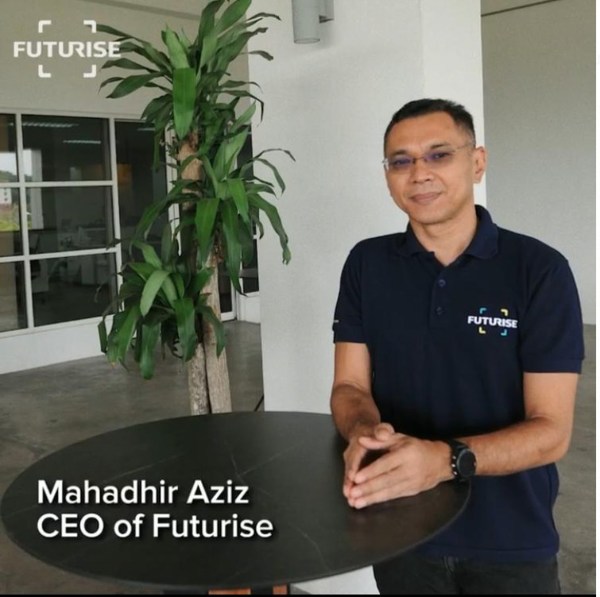 Since Futurise's inception, regulation intervention, innovation deployment strategies and ecosystem expansion drive have been key factors towards ensuring the success of the NRS initiatives impacting more than 4,000 job creations solely within the NRS Labs over the span of 3 years. The organisation also made significant strides on their goals and accomplishments by ensuring the readiness of more than 5,000 future job creation within 5 years via the drone industry regulatory work. Ranked 24th in the world by Drone Industry in 2019 in the development of Drone Technology, Malaysia is poised to be positioned as one of the key players in the Asian region. One of the outcomes from the NRS Labs was the setting up of Malaysia's first Drone Testing Zone (DTZ) announced on 1st July 2019 during the Futurise' signature event, MyDroneX. Located in Cyberjaya, drone players are given the opportunity to test their drone innovations in a safe and controlled environment which will help spur the drone industry as a whole in the long run. To date, more than 216 flights with more than 432 of total flight hours have occurred at the DTZ.

With the effect of Covid-19 pandemic resulting in economic hardships, there was an emergence of opportunities for gig workers from the Mobile Childcare Services initiative that projects a creation of more than 23,000 job opportunities for the retrenched and gig workers within a 5-year time frame. Impacting the current 20,000+ certified JKM caregivers, Futurise' role was to develop and provide a Standard Operating Procedure (SOP), approved by JKM to ensure that minimum standards are complied by mobile child care providers as well as addressing public safety gaps.

In Q4 of 2020,  Cyberjaya Malaysia Autonomous Vehicle (MyAV) Testing Route, developed together with the Ministry of Transport (MOT) under the NRS initiative for the future development of autonomous vehicle projects, was approved bringing in a total of 200-250 of potential high skilled job creation in the areas of robotics & electrical engineering, programming, machine learning, AI, and traditional automotive engineering amongst others. Futurise took the lead in developing the first testbed for Autonomous Vehicle testing in Cyberjaya consisting of two routes with the aims of supporting industry players in testing and collecting relevant data with regards to the autonomous vehicle industry. Since January 2021, the test loop has been used on an average of three times a week, within the stipulated approved route in Cyberjaya, with a total AV testing of 480km.

"We are continuing to make significant milestones throughout 2021 to create a better future in advancing economic opportunity, supporting innovation growth in the country, expediting regulatory intervention to solve data sharing issues and reducing reliance on foreign labor by ensuring jobs are created within our NRS Labs initiatives," said Mahadhir Aziz, CEO of Futurise.

Futurise also looks forward to more collaboration with the National Sports Institute of Malaysia (ISN) in looking towards the regulatory framework needed within the sports industry, sports technology and advancements that can potentially allow a new ecosystem to be established. As for the Academy of Sciences Malaysia (ASM) in a mutual and agreed responsibility towards the partnership between Futurise and ASM, Futurise's proprietary open innovation platform (FUTURITY) is to be properly and effectively utilised for the ASM's i-Connect programme, so that suitable innovation within the programme can be recorded on the platform for possible matching against potential solutions as well as potential channeling into the NRS programme.

Current work in the NRS Lab includes Digital Stamping in an effort to accelerate the government's digital delivery services with a potential impact of moving more than 5 million transactions from offline to online; affecting more than 10 million users both from the public and private sector, with a potential projection of RM6 billion stamp duty collection.

Futurise is a wholly-owned subsidiary of Cyberview Sdn Bhd under the Ministry of Finance, that plays an active role as the Public Policy Advisor to Ministries and industries in shaping Malaysia for the Future Economy.

The company has been mandated by the Malaysian Government to lead the National Regulatory Sandbox initiative to expedite regulatory intervention, deploy innovation and technology solutions and establish new innovation ecosystems.

The NRS provides a forward-looking approach to regulation, allowing minimal barriers by creating a controlled regulatory testing environment. This initiative will also help the Government better understand the importance of the impact of technology for economic growth and human capital development based on the principle of 'data-driven policy intervention'.